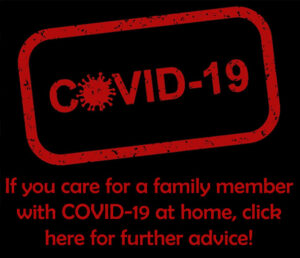 Have a look at our Collection of third party material

How to Survive as a Primary Caregiver?

Mental disorders are highly prevalent in Europe and impose a major burden on individuals, society and the economy. They represent 22% of the EU’s burden of disability, measured as Years Lived with Disability (YLD). This burden of mental disorder is linked to the high prevalence of mental health problems – with a majority of cases starting at the early onset in life, often before adulthood is reached – and the associated impacts for individuals, society and the economy, and the fact that about half of people with mental health problems do not receive evidence-based treatments.

In 2015, there were an estimated 9.6 million people in European countries living with dementia, which is equivalent to nearly one in every 50 people. Furthermore, higher life expectancy will undoubtedly lead to an increase of these figures in the years to come.

Family caregivers play a central role in the care of persons with severe mental illness. This is an important fact and the result is that the majority of caregivers live with the illness of their affected relative 24 hours of the day, each day of the year. According to a survey that was conducted in a number of European countries, it was reported that caregivers of persons with mental illness spend an average of 6 to 9 hours per day providing care. Additionally, 36% of these people are the only caregiver. Despite their important role, caregivers frequently feel undervalued by the health care system. Although there is no doubt regarding the important role that families play, they frequently feel that their own needs are neglected.

Research shows that family members who provide care to individuals with chronic or disabling mental conditions are themselves at risk. Emotional, mental, and physical health problems arise from complex caregiving situations and the strains of caring for frail or disabled relatives. Medical advances, shorter hospital stays, and expansion of home care technology have placed increased care responsibilities on families, who are being asked to shoulder greater care burdens for longer periods of time.

During the preparation of this project, the partners realized that in all EU countries the support of family caregivers concerns financial and insurance aspects only. In general it can be said that apart from information on before mentioned topics, family members are left alone without the possibility to get instant access for social and psychological support. Moreover, in many countries a neoliberal policy intends to reduce the welfare state system and the expanding costs of professional support to families.
Therefore, the overall objective of this project is to empower family members as caregivers and to give them instant and easy-to-understand access not only to relevant medical information, but also to psychological support for their own needs.